Hip Hop Is Music was a label run by Bryan Winchester (aka Braille), and as this journey was just beginning we were given the sophomore effort for one Gary Watson who goes by Sivion. Now I believe Sivion’s story is an interesting one, he splashed onto the scene with his twin brother Wushu as Phat K.A.T.S. Shortly after in 2005 we got Sivion’s debut album “Mood Enhancement” we learned of his affiliation with supergroup DeepSpace5, his talent on the microphone, beats and saxophone. That same year we heard Sivion make his DeepSpace5 debut on their sophomore LP “Unique Just Like Everyone Else” where he continued to stand out. So after dropping a combined three projects during that time one would think this would prep an artist for a sophomore slump on their next solo effort. Not the case for Sivion in his sophomore LP “Spring of the Songbird” which released in July of 2006.

In Sivion’s debut “Mood Enhancement” he handled the majority of the production, however this time around he has a couple more cooks in the kitchen but not too many . The album pops off with “Springshow”, produced by The Are you can feel the vibes of Spring in the beat. Sivion comes through with lyrics bolstering of positivity and hope. His voice: approachable, inviting and hopeful, will have the listener excited for the rest of the experience.

What makes Sivion such a great artist in my opinion is his unique approach to lyrics and how he showcases his talent to enhance the listening experience. Lyrically, Sivion is real enough with us to be relatable but rarely takes us so far into despair that we feel there’s no way out. Tracks like “The Fall” have Sivion talking about the struggles in life and the eternal battle with sin. However in that same breath Sivion provides a positive and hopeful ending to motivate the listener. This extends throughout the entire tracklist. “I Still Love H.E.R” “So Perfect” and “Songbird Saturday” have Sivion celebrating life despite its flaws and his flaws. He appreciates his family, his wife and everything that comes with it. I left “Spring of the Songbird”  feeling refreshed and ready to take life head on.

Listening to this record is further enhanced by the cohesive production that strings Sivion’s lyrics together. While you can listen to the tracks out of order, playing this album from front to back adds to the experience. The tracks flow right into each other and there isn’t a single beat that sounds out of place. The Are, Dert, Beat Rabbi, Ohmega Watts, Siamese Sisters and more contributed in some cases multiple beats to the album. To be honest if not for looking at the production credits it would be easy to make the case that one person produced the whole album. At the same time the sounds stand out and to top all of this off, Sivion adds his own live saxophone instrumentation to certain tracks (“Songbird Saturday”, “Melted Chocolate” and others). In my opinion this makes the music more intimate, and even gives you space to reflect on what you just heard in the verses leading up just before you jump into the next.

Lastly I believe Sivion and Braille put together the right team to really showcase Sivion’s talent as an artist. I honestly believe this was one of Hip Hop Is Music’s greatest strengths as label (which we’ll get into in another post). On this record we get guest appearances from Braille, Freddie Bruno, KRUM (fka Playdough), Ozay Moore (fka Othello), DJ Balance, DJ Idull, DJ Sean P and Theory Hazit, all of which were heavyweights who held their own while Sivion took the spotlight.

Between the odes to hip-hop, lyrics sparking positivity and motivation and consistent diverse production, Sivion’s “Spring of the Songbird” stands the 10 year test of time. Sivion captured the essence of Spring through his enlightening lyrics and shining production. He had a team behind him to make this a cohesive album that’s easily accessible to the reader. Not convinced? You can download “Spring of the Songbird” below for FREE. Let me know what you think and make sure you come back next week for a review with Sivion about this album and more! 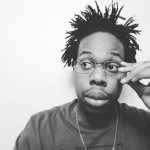 MUSIC: Sivion’s “Alone” is about trying to “figure it out”… all alone.