Keno Camp’s consist of members Mario “Escort”Herrera, Gabriel “Gabe” Taylor and Terrell  T Sales. “Riot” is a lyrical and realistic body of work. Keno Camp mixes what many see as the status quo in everyday life with the soul saving goodness of the Gospel.  What makes their lyrics really  hit home, is the fact that your daily  life may not be relative to their lyrics but the lyrics correlate and speak to our struggles as human beings. We  as Christians may not be conformed of the world but we are definitely saturated in it. It is always good to hear reality, and to know that somebody besides you  face the same struggle.  I mean are we not supposed to  share  our struggles so that our fellow Christians  and non-believers may find encouragement in someone overcoming issues of a similar nature.  The ole “if they can do it so can I”  mentality. This what the album “Riot” is about. It is not about being or acting perfect. It is not about looking down on anyone. It is about saying hey I am not the perfect Christian, the perfect person, I have flaws; but I am still loved and forgiven through the grace of God. The album is also saying that everything that I go through is for the glorification of Jesus Christ. It reminds us that life is not about the  mistakes we will make, but about who we put our trust in to  guide us through both triumph and travesty. Ok, let me get off of this Soapbox now.

” Riot”  consists of 12 songs. The album is started by the song  “California Burning”,an echoey interlude of news snippets, leading into a heavy horned riff that corrugates into dramatic violins. We are then  lead into an a lyrical assault by Mr. Escort that is impressive in it’s delivery. It works well with the elements that lead up to it being started. The content  neatly fits the theme of the album and leads into songs such as “Still Me” which is my most favorite track on the album. The beat starts off with snippets from  the  epic scene of Jack Nicholson and Tom Cruise in the climax of “A Few Good Men.”  The classic lines of ” I want  the truth.”and “You can’t handle the Truth!”, vehemently yelled back and forth by Cruise and Nicholson. The truth is exactly what is received on the track. You can hear the adamant tones of a genuine want to rap about the glory of God.

Another track that I like is “Cocktail.” It begins with the sounds that can be generally associated with nighttimes,the wonderful sound of cicadas, the calm wind and grasshoppers. And then it is abruptly disturbed by what sounds like a shovel hitting freshly disturbed earth. The beat of the drums and other percussion remind  me of beats I have heard in my earlier dealings with Hip-Hop. Beats that set the tone for MC’s  such as Big Daddy Kane, Kool Moe Dee, Raheem, Das Efx.  Mr. Escort and Mr. Taylor deliver blistering verses that remind you of MC’s such as the ones mentioned before.

” Love Scars” feat Takim Brown is a great song, the message is great the beat is very nice with the violin. The soft and dreamy synth lines set a background that enables you to feel the lyrics. The vocals of Takim Brown fit the style of the song, he was the perfect voice for the hook. One that is grave and full, but not overpowering. I like the song a lot.

In closing I would like to thank Keno Camp for their lyricism, dedication, and genuine styles. I like Keno Camp, because not all of their songs are geared to catch you with the beat. Keno camp catches you with their raw and shown nerve lyricism. You get a sense of who they are really rapping for, and I can tell from listening to them that it is not for the fame and notoriety of this world our anybody in it. Keep pushing Christ and the envelope guys.

Newsletter Signup
In this article:
Up Next: 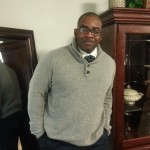