Not only is this Trip’s fifth studio album, but it also an experience that all real fans will not soon forget.

Hands in the Air, make a little noise in the stands if you’re there. Not only do Trip and Gawvi team up and make just that a reality, but take that mission to another level with Rise.  Not only is this Trip’s fifth studio album, but it also an experience that all real fans will not soon forget. In a way that only Trip is capable . He also takes time unpack his unique struggle, juggling being a pastor and a rapper.  One of the things that i noticed on my first listen of the album was that Rise takes the formula that was set up for “The Good Life” and somehow found a way to completely improve on it.

As with Trip’s previous albums the first track sets the tone for the whole album. Trip aggressively proclaims he’s back to “boast on these track”. Rise shows that in Trip’s time away he hasn’t lost a step, and that he may have come back stronger than ever. As the listener progresses through the album they are met by two tracks, that I believe, for many will act as a glue, which effectively bringing this album together as a cohesive unit. Those two tracks are “Shweet” and “Beautiful Life 2 (Mine)”. Over the last few years Trip has been working hard on his Brag campaign, and with that came the song “Can I brag”. “Shweet” is the “Can I brag” of this album, now some might see that as a concept that may be overdone to this point, but instead “shweet” takes the message of “ Can I brag” to another level. “Shweet” is the glue for the album because it helps Trip one thing clear, not only has he not gone anywhere, but the mission is still the same. Now more than ever he’s going to brag.

One of the most playful and definitely joyful of all the tracks on the album would have to be “Beautiful Life 2 (Mine)”.  From the moment that the song begins it’s very clear that this song has very different aim than its predecessor. The song begins with playful banter between Trip and his son (William). If the intro for the track wasn’t enough of an indicator of the direction the track was going in, the lighthearted beat that follows dispels any remaining doubt that the subject matter would be anything, but cheerful in nature. “Beautiful Life 2 (mine)” paints a wonderful picture of just how much Trip truly loves his family. Of all the songs on the album it has to be the most heartwarming and quite possibly the most personal songs that made the album.

Then there’s Lights on, You don’t know, and All my love. All of these tracks in my opinion were Trip’s opportunity to not only quiet the naysayers. In short these songs are what I could only see as classic Trip. Of those three songs “You don’t know” is probably the most infectious of them all. Not only is the hook on this song extremely catchy, but the verses are filled with moments that remind the listener that while Trip’s message is serious he still finds a way to enjoy himself. The song begins with a chopped and screwed version of the hook from  Christon Gray’s  “Even with evil with me” which honestly is a very nice touch it adds something to the song that you may not realized that it actually needed. The first verse has a handful of quotable bars such as when Trip said “they throwin shade, but i’m beamin because i know the son”, which lets be honest is a classic Trip bar. His love for Christ the point emphasis that brings to the ears of the listener is a myriad of creative ways.

While each of those songs are strong in their own way, I then encountered what i will call the big three Manolo, Insomniac, and Lazarus. First of these heavy hitters is definitely Manolo. In simplest terms  “Manolo” take the idea of the Bible being the only weapon that we need to have at our disposal as Christians. The song itself has a good deal of clever word play one theme that runs through the entire song is the comparison of the strengthen of the bible with a firearm of any kind. Like when Lecrae said “…..And I ain’t gotta say no more, gonna kick kick bang and the thing gone blow, Red Letters like a red dot on yo door (yep yep yep yep yep)”. “Manolo” is at the end of the day is one the heaviest hitting tracks on the album. Rather than give away the details of the last two in the big three, just think about the features on each of those tracks and let excitement grab you. Each one of these songs in my opinion are some of the craziest and hype songs of the year. Everytime Lazarus comes on I can’t help but get hype and during my first time listening to the song I suddenly knew the hook. By now the world knows that Insomniac may just be the heaviest hitter on this album, I mean come on Andy and Trip come together as a team. A team that can only really be rivaled by Andy, Trip, and KB’s “The Saints”.

In my opinion the strongest track on the album and possibly a strong contender for one of the best songs of the year would have to be “Sweet Victory”. Like “Fallin” ( the good life) “ Sweet Victory” is Trip being very honest about not only his struggles, but where his victory will ultimately be found. He does an amazing job of giving the listener a peek into what he has been dealing with the from day to day. He eludes to the sickness that he has been dealing with since 2007. Since the year 2007 Trip has been coping with the symptoms of  Chronic Fatigue syndrome. Ultimately Trip paints a beautiful picture of the source of his victory.

When I think of the overall strength of this album I am constantly reminded of the only song on the album that I am still just a bit confused about has to be “I’m Gone”. The concept for the song is great and it definitely is in tune with what the listener knows to be Trip’s heart. The problem for the song lies in its delivery. Out of every song on the album its the one track that feels as though it doesn’t belong like there just might have been a  deeper reason for why track was included that we may have to wait until Trip is finally asked about it before we will completely understand why it was made a part of the album.

In the end when I looked this album I see a list of very strong songs that overall point towards one message. That message is that  this life is hard and we will always have something to overcome, but its not about the situation or how hard it is. What’s most important is that we know for ourselves that God is the source of our strengthen and help. If there is any being that we can turn to for help in our lowest moments it is God.

So at the end of the day the question that everyone probably is looking for an answer to is, is this album as good as if not better than “The Good Life”? And i would personally answer with a resounding Yes! He does everything and more on what has to be one of the most anticipated album since being teased late last year. It definitely picks up where the Good Life left off and in many ways gives new fans a reason not to be disappointed and turn up!

Newsletter Signup
In this article:album review, reach records, Rise, trip lee
Up Next: 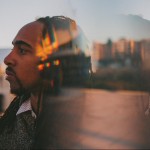 VIDEO: Andy Mineo – Hear My Heart // A tribute to his sister Grace